Microsoft is not too eager to wait for the day when the WPA3 encryption standard is fully implemented. WPA3 is a standard introduced by the Wi-Fi Alliance after the KRACKed breach was identified. The Windows 10 programming kit provided by Microsoft contains functions that allow programmers to use this powerful standard in their applications.

While the WPA2 encryption algorithm is well able to protect Wi-Fi networks by encrypting communications, the Wi-Fi Alliance has decided to replace it with the WPA3 protocol. The protocol is currently optional on newly manufactured devices, but should ultimately be used as a mandatory standard by all. In the special Windows 10 programmer kit called Windows 10 19H1 SDK, we see the introduction of a new function that allows programmers to improve the security of applications. Details of this kit and its added or modified functions can be found on Microsoft’s blog at Windows 10 SDK Preview Build 18272 available now! Has set. This kit includes ADK (Assessment and Deployment Kit), WDK (Windows Preinstallation Environment) and HLK (Hardware Lab Kit). The function included in this kit is as follows: 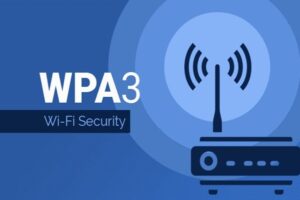 The WPA2 protocol, which is at least 16 years old and is used daily by billions of Wi-Fi devices such as smartphones, laptops, tablets and IoT devices to protect against hacking attacks, has entered its retirement period. This protocol in some parts is infected with vulnerabilities that cause unencrypted Wi-Fi networks to be used, thus allowing people within the same Wi-Fi network to negatively affect the connection of other devices connected to your network. The high-profile KRACK attack showed that the WPA2 protocol was vulnerable to attacks, allowing hackers to block and decrypt the wireless network traffic between the computer and the access point in use. The new standard, which will be available to organizations and individuals later this year, promises to provide the best protection for wireless devices. This standard improves security capabilities in some areas and protects users’ privacy more precisely. Technically, both the WPA2 and WPA3 protocols are hardware certifications that equipment manufacturers must obtain. A manufacturer must have security features in the form of Wi-Fi Certified WPA2 or Wi-Fi CERTIFIED WPA3 before launching their device.

What features will the WPA3 protocol come with?

The WPA2 protocol will be able to more accurately protect users’ privacy by encrypting personal data on open networks.

This protocol is intelligently able to prevent the occurrence of pervasive search attacks and provides powerful solutions for this purpose. This solution will not allow hackers to log in to an account even if they have passwords, and they will fail after several unsuccessful attempts.

The WPA3 protocol will provide powerful yet simple solutions and settings for IoT equipment. Equipment for which no special display is installed to configure.

The security protocol will provide powerful threats such as a 192-bit security suite to protect users who use open Wi-Fi networks located in government and military bases.

“The security technologies offered to protect Wi-Fi networks will be used for at least the next few decades,” said Joe Hoffman of Security Consulting & SAR Insight. It is therefore essential that these technologies be continuously updated in line with the changing world of technology to provide a high level of security. Given that the devices to be marketed with this protocol must be approved by the Wi-Fi Alliance, so it is not surprising that this process is a bit time consuming. “For most manufacturers, designing equipment that complies with the WPA3 protocol will be a time-consuming process, but we may see the release of these products later this year.” Don’t forget to see the Wi-Fi CERTIFIED ™ WPA3 icon only on devices that have four Wi-Fi Alliance features in their product. However, full information on these four features has not yet been released.

The above kit can be downloaded from this address.

how do i use hashtag on Instagram? Increases your profile’s visibility

The Steam app is now available for Chromebooks